An Exciting Iran Tours for Poles – travel to Iran from Poland

Iran and Poland’s’ communications refer to the past about historical relationship between the two countries. It’s just important to know that polish merchant carriages traveled to Iran before the Safavid period around 1747 AD. In the Safavid era, the Shah Abbas Safavid established his own trading office in the port of Grand-Duke of Poland. With the outbreak World War II, the invasion of Poland by the Nazi forces from the west and the Soviet Union from the east tens thousands of Polish citizens were exiled to concentration camps in Siberia and Kazakhstan. After the German invasion to the Soviet Union Poland, Resistance Forces asked the Soviets for the release of Polish prisoners. In 1942 about 115,000 Polish citizens, including soldiers, men, women, and civilians were entered to the port of Anzali from the Caspian Sea by ship. Militants and volunteers left Iran to join the European Resistance But thousands of civilians and women and children remained in different cities of Iran up to 3 years. Due to malnutrition during captivity and the spread of contagious diseases, many militaries and civilians died during their stay in Iran and were buried there. The tomb of about 1,900 people is located in the Catholic cemetery of the Poles in southern Tehran and there is also a Polish cemetery in Anzali.

Lovely Persia provides the best and most suitable facilities for the polish citizens who decide to come to Iran.

You have especially tour itinerary here, this specific tour is allocated to the Hungarians nationality albeit it is just a sample tour and you can offer another routes and destinations. Absolutely, the tour scheduled can be changed according to your taste and interest. For more information about different nationality tours, please refer to Iran-tours.

Because of great diplomatic communications between Poland and Iran, Polish citizen can get an Iranian visa in two ways easily such as normal visa and on arrival visa. For normal visa, we do Visa procedures for you after receiving your personal data. For the application form, we will apply for your Iran visa authorization number from the Iranian ministry of foreign affairs. After getting authorization number, take to the Iranian embassy or consulate that visas are currently issued in your country. You can also get an Iranian visa on arrival but before that, you have to get an authorization number from the Iranian ministry of foreign affairs by presenting your data for the application form. Visa on arrival issue at the airport for 14 days and will be extended 14 days more if you want to stay longer. For more information, please refer to Iran-visa. 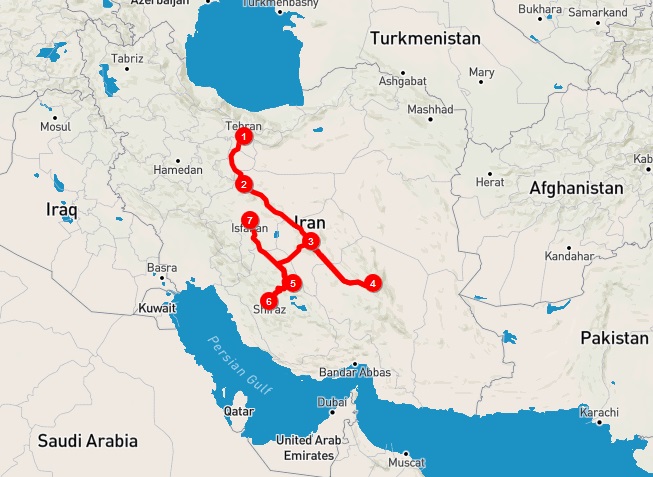 This tour can be operated just on middle of April until early October and in other month it’s not be suggested because the weather is too cold. 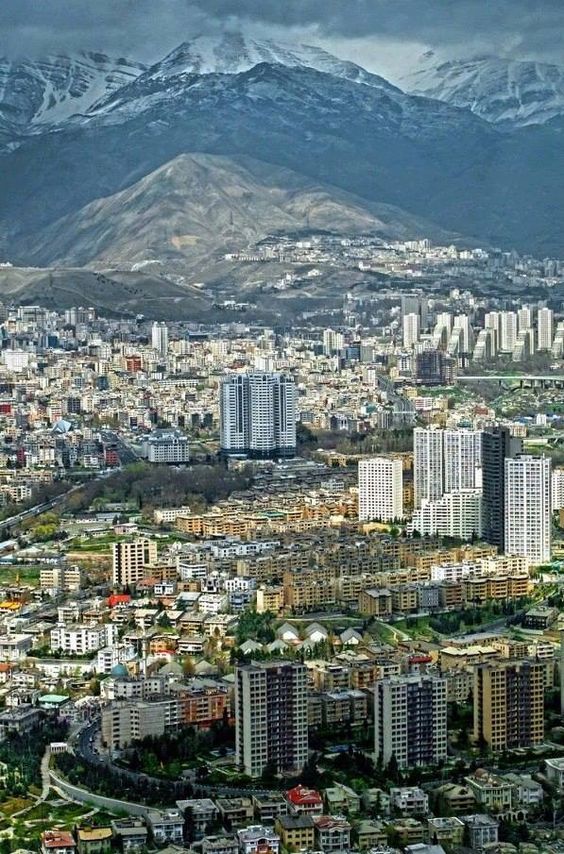 After arrival at Tehran Imam Khomeini international airport, you will be transferred to the hotel. You will meet the tour leader. After introductions, your tour leader will review the details of the tour. You will do your check-in and go for rest. In the evening, you will be visiting Tabiaat Bridge and Milad tower. Overnight Tehran 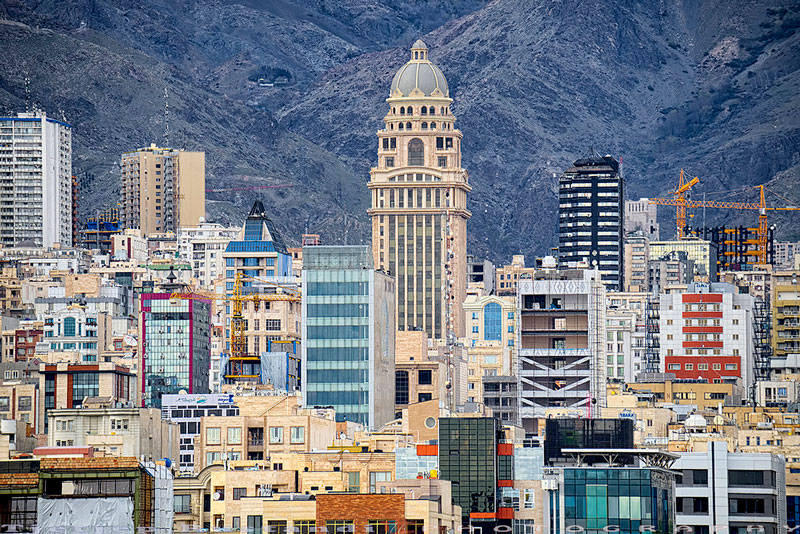 After breakfast, you will have full-day sightseeing Tehran visiting Golestan Palace. It’s a museum now. Before that was the residence of several kings of Iran. Its complex composed of several buildings in a large flower garden in Tehran. This palace is located in the Arge square. After visiting the palace, you will go to a restaurant. After enjoying a great lunch, you will visit the National Museum of Iran where you can see fabulous historical items from 5000 BC to the advent of Islam in Iran which shows a brief history of our land. After that, you have visited at National jewelry museum, the collection of the treasury of Iranian national royal jewels. In the evening, you will visit the Darband area. Overnight Tehran 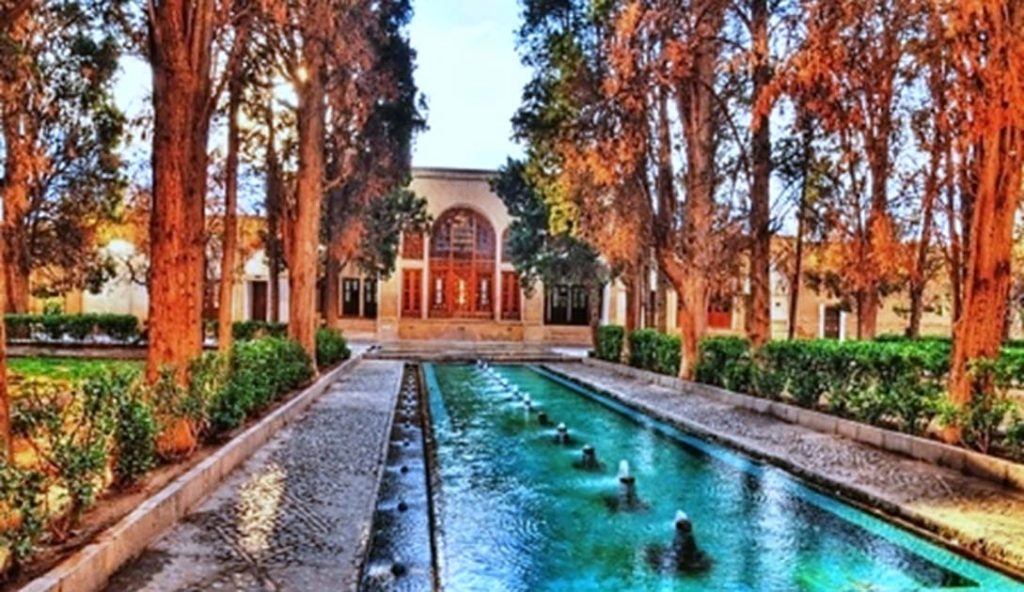 You will check out the hotel and transferred to Kashan. After visiting some tourist attractions in Kashan such as Borujerdis House, Fin garden and Teppe Sialk (Sialk hill) that is a large ancient archeological site which made of clay, you will have lunch at the traditional restaurant. Then, you will set off for Yazd. After your arrival, you will do your check-in. After that, you can spend your evening in Teahouse. Overnight Yazd 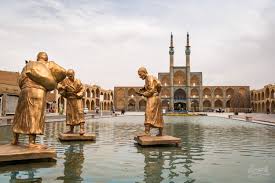 Today in the morning after breakfast, begin your tour of the fascinating city of Yazd. This city is famous for having too many Wind-catchers (Badgirs); the Wind-catchers were an ancient form of air condition in the different season. Then you will visit Amir Chakhmagh Complex, Zoroastrian Fire Temple, and Tower of silence and Shish badgiri Ab Anbar (the cistern which has six windcatchers). Overnight Yazd 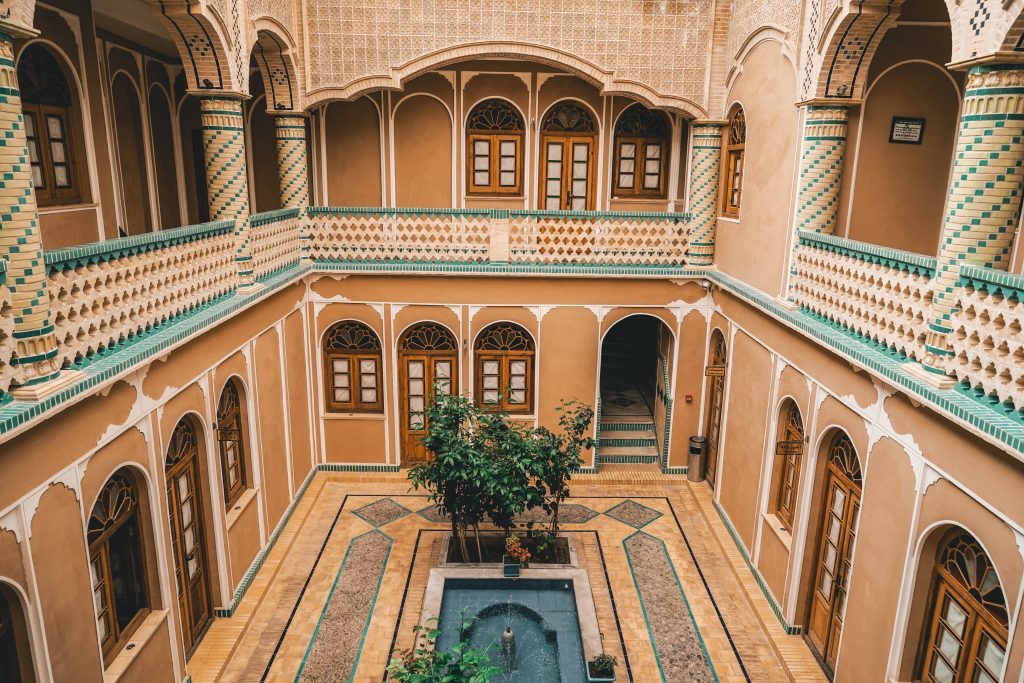 After breakfast, you start exploring Yazd. You will visit Dolat Abad garden which is one of the oldest gardens in Yazd and the wind catcher in the garden is known as a highest brick wind catcher in the world, Alexander's Prison and water museum. In the evening you have free time. Overnight Yazd 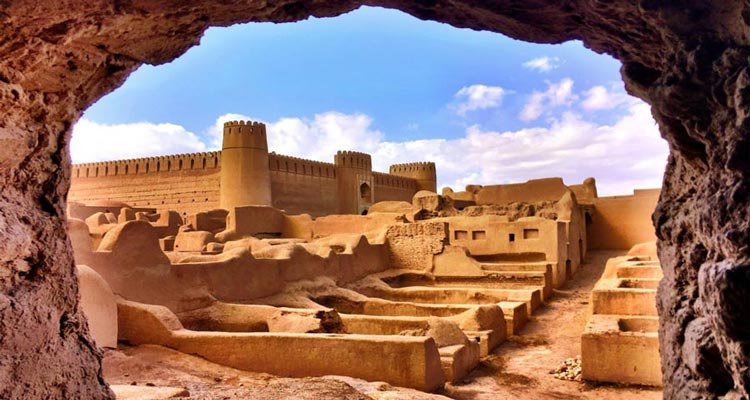 After breakfast and check out, you will drive to Kerman that is one of the oldest cities in Iranian plateau and well known for its historical and cultural monuments located 369 km of Yazd. When you arrive in Kerman, you will visit Ganj Ali khan complex and Ganj Ali Khan Bathhouse before checking in the hotel. The complex has covered 1100 square meters and is composed of a school, a square, a caravanserai and a public bath, a water reservoir, a mint house, a mosque, a tea house, and a bazaar. Then, you will be transferred to hotel and rest. Overnight in Kerman 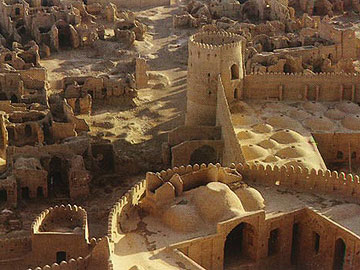 Today, you have explored Bam citadel (Arge bam) which is the largest adobe structure in the world to its location is near the city of Bam in Kerman province. When you will come back from there, you will be transferred to Kerman. The rest of the day you have free time for rest or other things. Overnights in Kerman 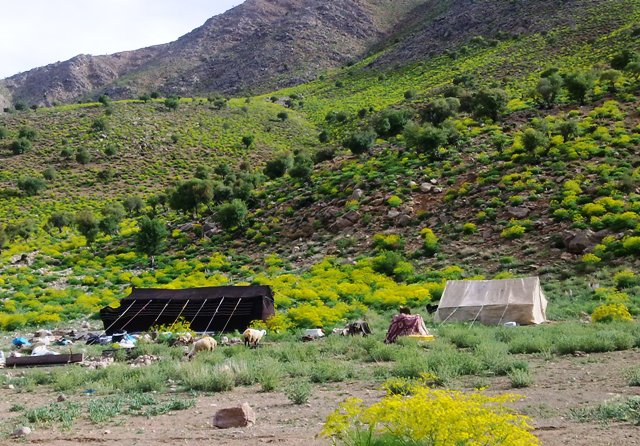 In the morning after breakfast and check out the hotel, you will move to Bavanat which is a city of Fars province of Iran. You will welcome with Iranian custom and can experience the style of traditional and rural life. This place is a famous tourist attraction that annually absorbs a great volume of tourists. You have to reach experiencing there. You will have lunch at a rural house. Then move to Shiraz in the evening. Overnight Shiraz 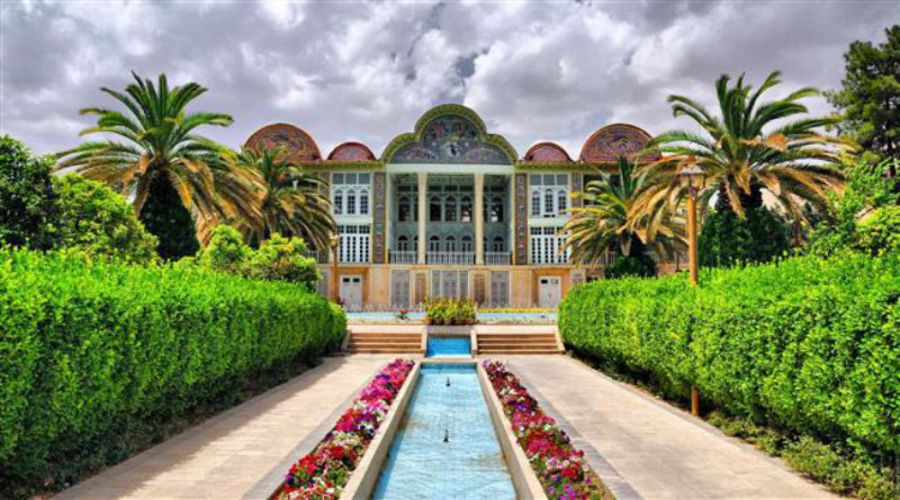 This is your Full-day city tour in Shiraz that is one of the oldest cities of ancient Persia and center of the arts. At first, you will visit Eram garden. Then, you will have lunch at the restaurant. After that, you will see the Qavam house which is a traditional and historical house in Shiraz. In the evening, you will visit the Tomb of Hafez and Tomb of Saadi. The Tomb of Hafez is famous due to containing in his collection. Hafez was Iranian's great poet of the eighth century (the fourteenth century AD) and one of the world's famous poets. You will visit the Tomb of Saadi. He is a well-known Iranian poet and writer. His reputation is catchy and strong for prose and poetry more melodious. The literary position is so strong that he became a professor of speech, the king spoke, even absolutely called him a master. Overnight in Shiraz 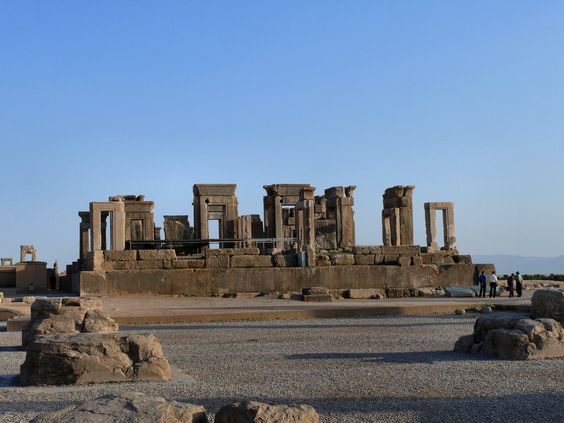 In the morning you will set off to Isfahan in the way, you are going to see the most spectacular attractions in Iran. For half of the day, you will visit Persepolis and Pasargad. Persepolis also was known as ‘Takht-e-Jamshid’ was the ceremonial capital of the Achaemenid Empire. In this ancient city, there is a palace named Takht-e-Jamshid that was built during the reign of Darius, Xerxes, and Artaxerxes I was built for about 200 years. This location has been recorded one of Iran's UNESCO World Heritage Site since 1979.

Pasargad World Heritage collection is a set of ancient structures in the city during the Achaemenid dynasty. There is a great viewpoint where you can look over the site and the surrounding area. This set is the fifth set registered in the World Heritage List in Iran. Then keep going toward Isfahan .overnight Isfahan 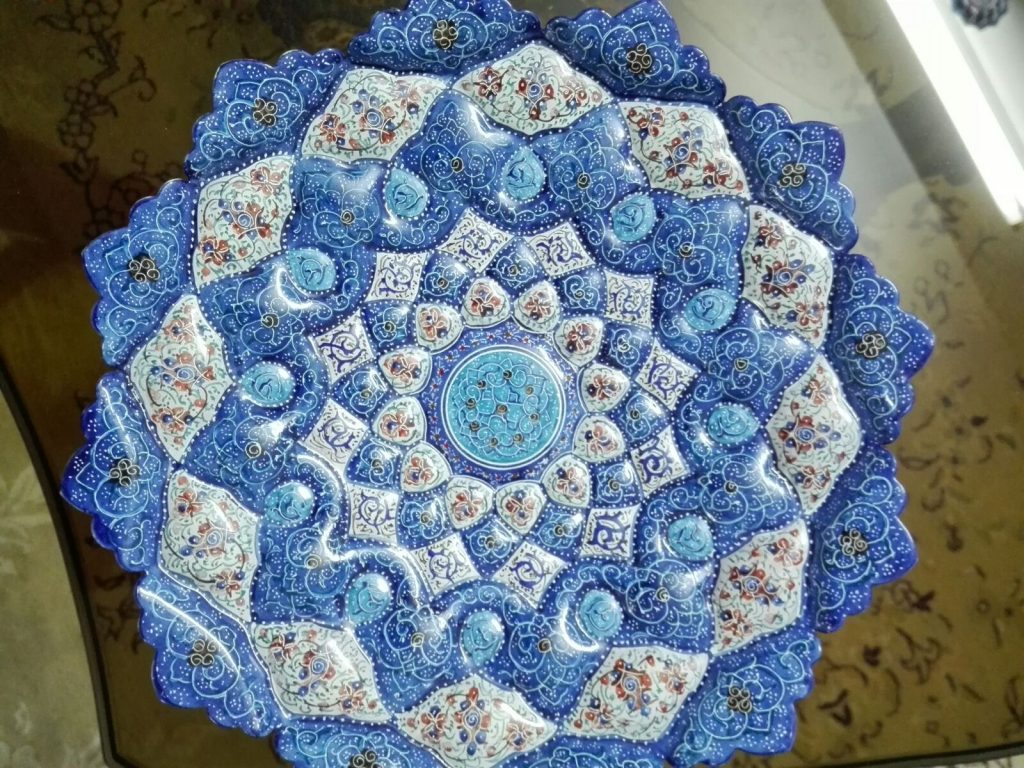 After breakfast, the day is spent exploring the unique square in the world Naghsh-e Jahan square or design of the world square, the most brilliant jewel on the ring of architecture and urban design of the Safavid epoch. There is a visit at Ali Qapu palace the beating heart of administration and the highest building in the cardinal point of the capital, Sheikh Lotfollah mosque the pinnacle jewel of Iranian architecture masterpieces, it shows actually the zenith of Shi'a movement, accelerated during the reign of Safavid dynasty, Abbasi jam-e mosque on the southern side of square is a vast origin of the Islamic architecture clad by a turquoise glaze and Qeisarieh portal the main portal of the royal bazaar.

You can purchase valuable supplies at the bazaar. The bazaar covers a considerably large area. After lunch at the Iranian and traditional restaurant, you will visit the most brilliant chandelier at the hall of the Safavid architecture era. In the center of Isfahan, one enters a heavenly garden with five hectares area through the eastern gate. In the middle of the garden, there is Chehel Sotoon as one of the three important exciting palaces of the Safavid era. After visiting this palace, you will transfer to the hotel. Overnight Isfahan 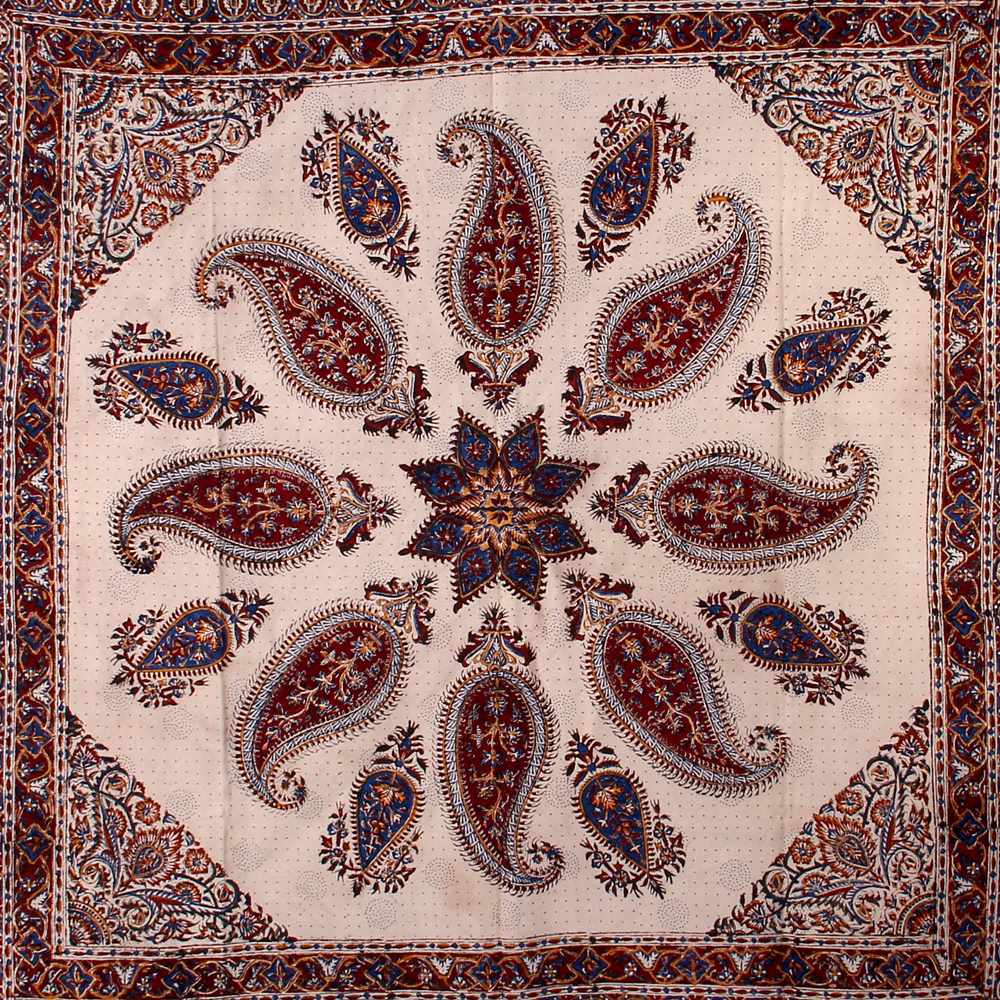 After breakfast, you will move sooner than another day. On the first day, you start exploring Isfahan Atiq (antique) ‘Jame-e-mosque’ the encyclopedia on the most comprehensive pattern of Islamic Architecture in Iran. It’s the most important and oldest religious buildings in Iran. Archeological excavation conducted in this monument shows that the mosque was one of the important religious Isfahan city in ancient times before the domination of Arabs. After visiting the mosque, you will explore ‘Zour Khaneh’ a scene of manliness, excellence, and humanistic unity. Then, you start exploring the ancient sport, ‘Varzesh-e-Bastani’ which is still practiced in such a metropolitan city as Isfahan is evocative. In the afternoon, you will visit Atashgah, old fire temple of Isfahan and an ancient castle with a long history. After lunch, Vank cathedral will be the next destination. Vank cathedral is the most spectacular church in Iran. For the rest of the day, our optional schedule is to explore historical bridges which tow of the most famous Isfahan’s bridges are Si-O-Se Pol Bridge and Khajou Bridge. The first one is the axial element of physical and cultural connection. This historical bridge which dates back to 1591-1597AD is 295 meters long and 147 meters wide. It is the longest hydraulic structure over the Zayandeh rood and all over Iran. The second one is the multi-functional hydraulic structure. Then you will come back to the hotel. Overnight Isfahan 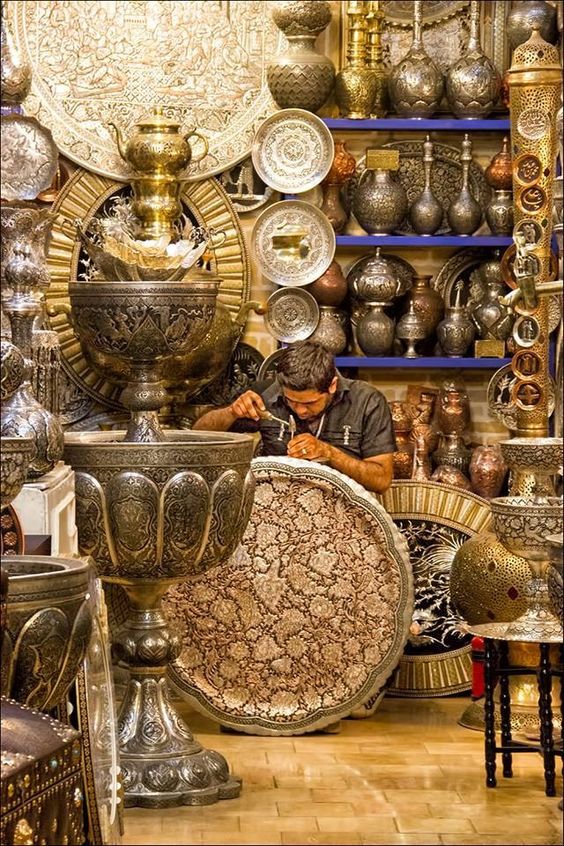 The thirteenth day is the last day of this fantastic journey. After having breakfast and checking out, you have free time until evening that you can be in Bazaar for shopping. Then, transfer to the airport.