THE HISTORY OF Kish Island

Kish Island with 91.5 square Kilometer is very magnificent and delightful throughout Persian Gulf azure water in the south of Iran which is located in Hormozgan province and Bandar Lengeh. This Island was first explored by Greek sailor who was named Searches by Alexander the Great to explore the Persian Gulf in 325 BC. Kish Island the fourth most visited vacation destination in the Middle East and was ranked among the world’s 10 most beautiful Islands. The gorgeous Island of Kish has been called with different names as Kamtina, Arakia, Arakata, and Ghiss. In the past, Kish Island has been used as a way for ancient people such as Assyrian and Elamite. They have been navigated their sailboat from Susa throughout Karun river to the Persian Gulf and they passed away from Kish and Qeshm Island. When those civilizations have vanished, Kish Island lost its advantages position. This Island is covered by trees like Palm, Jujube, Gum, and Mesquites. Kish weather is coastal and sultry. Kish is one the four Islands with a high percentage of pure oxygen. Kish is like oval which conduces to Iran in the north, the strait of Hormoz from the east, the United Arab Emirates in the south, and Bahrain and Saudi Arabia in the west. The nearest port to Kish Island is Bandar Charak with forty meters height above sea level. Bandar Charak is one the best ports which the passengers are able to go to the Kish by ship and landing craft. 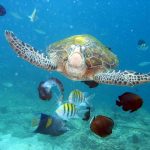 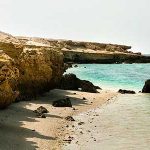 you must see in Kish Island