Iran Tours for Thai – travel to Iran from Thailand

An Iran- Thailand relationship goes back to 1685 when visiting of Persian diplomatic delegations to Siam are attested. In the last decades, the exchange of presidents has been more common. Recently, in the sidelines of 2nd Asia Cooperation Dialogue summit president Rouhani had met with Thai president to strengthen the economic relations between two countries.

Following boosting the ties between two countries, especially in Transportation & Tourism field, in June 2016 Thai Airways International announced that the airline would establish a new route between Bangkok’s Suvarnabhumi Airport and Tehran’s Imam Khomeini International Airport. This comes after AirAsia X introduced that same route. The first inauguration flight was launched on 1 October 2016.

With paying attention to facilitator rules which are established during recent decades, it is predictable that the tourism industry will be transformed into bilateral concerns. In the direction of tourism growth, lovely Persia considers a fabulous package for Thai tourists.

We take you to Iran as no one else can!

You have especially tour itinerary here, this specific tour is allocated to the Thi nationality albeit it is just a sample tour and you can offer another routes and destinations. Absolutely, the tour scheduled can be changed according to your taste and interest. For more information about different nationality tours, please refer to iran-tours.

Due to positive relations between Iran & Thailand in most economic and political field, Thai citizen can get an Iranian visa in two ways easily such as normal visa and on arrival visa. For normal visa, we do Visa procedures for you after receiving your personal data. For the application form, we will apply for your Iran visa authorization number from the Iranian ministry of foreign affairs. After getting authorization number, take to the Iranian embassy or consulate that visas are currently issued in your country. You can also get an Iranian visa on arrival but before that, you have to get the authorization number from the Iranian ministry of foreign affairs by presenting your data for an application form. Visa on arrival issue at an airport for 14 days and will be extended 14 days more if you want to stay longer. For more information, please refer to Iran-visa. 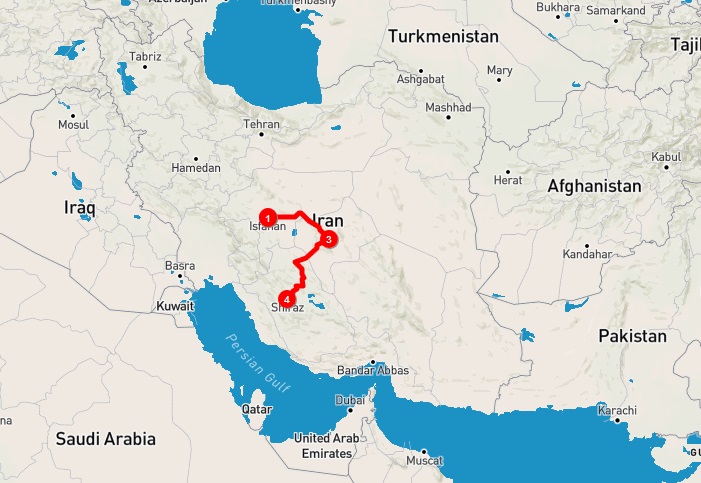 This tour can be operated in all season. because one day pass through desert and desert cities it’s better operated on September until June because the weather is too hot but we can arrange if you want.

Mid-morning arrive Isfahan city, upon arrival, welcome and brief presentation by our local tour guide. Before check in at the hotel, you will have lunch at the Persian restaurant. In the evening visit historical bridges like as Sio-se-Pol Bridge and Khajuo Bridge. 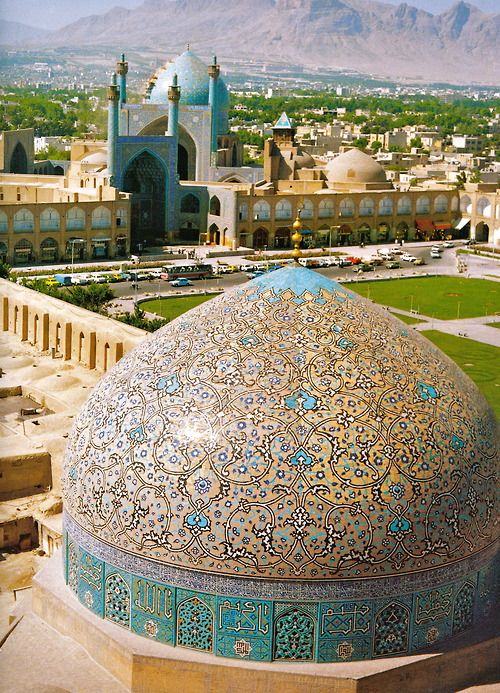 This is your Full-day city tour in Isfahan to know more about Iranian lifestyle. After breakfast, the day is spent exploring the unique square in the world Naghsh-e Jahan square or design of the world square, the most brilliant jewel on the ring of architecture and urban design of the Safavid epoch. There is a visit to Ali Qapu palace the beating heart of administration and the highest building in the cardinal point of the capital, Sheikh Lotfollah mosque the pinnacle jewel of Iranian architecture masterpieces, it shows actually the zenith of Shi'a movement, accelerated during the reign of Safavid dynasty, Abbasi jam-e mosque on the southern side of the square is a vast origin of the Islamic architecture clad by a turquoise glaze and Qeisarieh portal the main portal of the royal bazaar. You can purchase valuable supplies at the bazaar. The bazaar covers a considerably large area. After lunch at the Iranian and traditional restaurant, you will visit the most brilliant chandelier at the hall of the Safavid architecture era. In the center of Isfahan, one enters a heavenly garden with five hectares area through the eastern gate. In the middle of the garden, there is Chehel Sotoon as one of the three important exciting palaces of the Safavid era. Overnight Isfahan 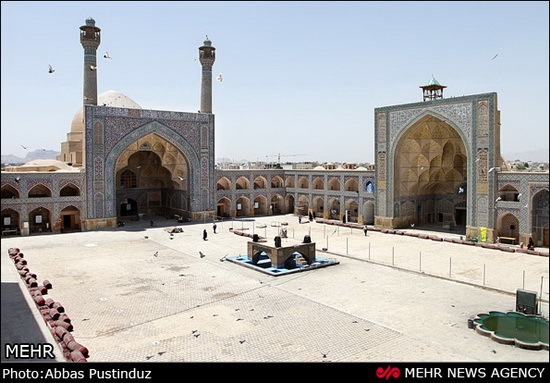 After breakfast, you will move sooner than another day. On the first day, you will start to explore Isfahan Atiq (antique) ‘Jame-e-mosque’ the encyclopedia on the most comprehensive pattern of Islamic Architecture in Iran. It’s the most important and oldest religious buildings in Iran. Archeological excavation conducted in this monument shows that the mosque was one of the important religious Isfahan city in ancient times before the domination of Arabs. After visiting the mosque, you will explore ‘Zour Khaneh’ a scene of manliness, excellence, and humanistic unity. Then, you will start to explore the ancient sport, ‘Varzesh-e-Bastani’ which is still practiced in such a metropolitan city as Isfahan is evocative. In the afternoon, you will visit Atashgah, old fire temple of Isfahan and an ancient castle with a long history. After lunch, Vank cathedral will be the next destination. Vank cathedral is the most spectacular church in Iran. For the rest of the day, you are free. Overnight Isfahan 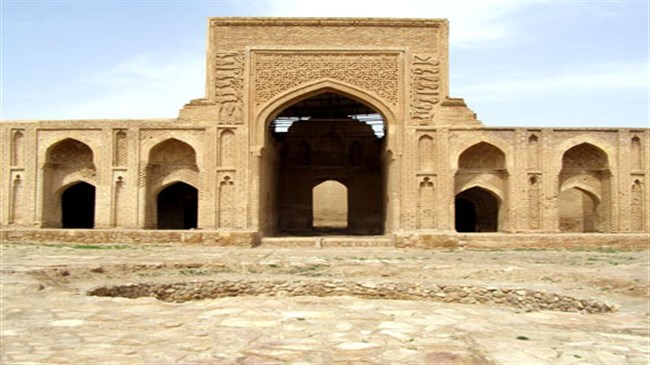 After breakfast, you’ll drive out of the city to varzaneh desert. Varzaneh is a city of Isfahan in central Iran and is located near the ʻʻBatlaghe-e-Gavkhuniʼʼ (Gavkhuni swamp) and is one of the historical cities of Isfahan province in terms of the history of ancient, has the very rich treasure.

Varzaneh old bridge, Jame-e mosque, caravanserai and old wind towers, multiple Ab Anbar (cistern), towers and dovecotes, castles and traces of water are considered the historic buildings in the city. Along the way, you will visit the ʻʻGhale-e Ghurtan’’ (Ghurtan castle). That is the first historic castle alive and second historic and vast castle of Iran after Bam citadel in Kerman city Which covers an area of 45 hectares and it is located in the 12 km West of Varzaneh and in the city of Isfahan. Then you will visit ‘ʻGav Chah’’ revive the tradition of old irrigation. The rest of the day is spent in the desert sand where you can go camel riding and safari. In the afternoon assemble and depart to Yazd. In the way, you will have a shortstop for rest in Naein. This city is as the natural richness and historical monuments, tourist attractions, crafts, and customs. Naein is famous in the world for its rugs, Continue journey to Yazd. Overnight Yazd 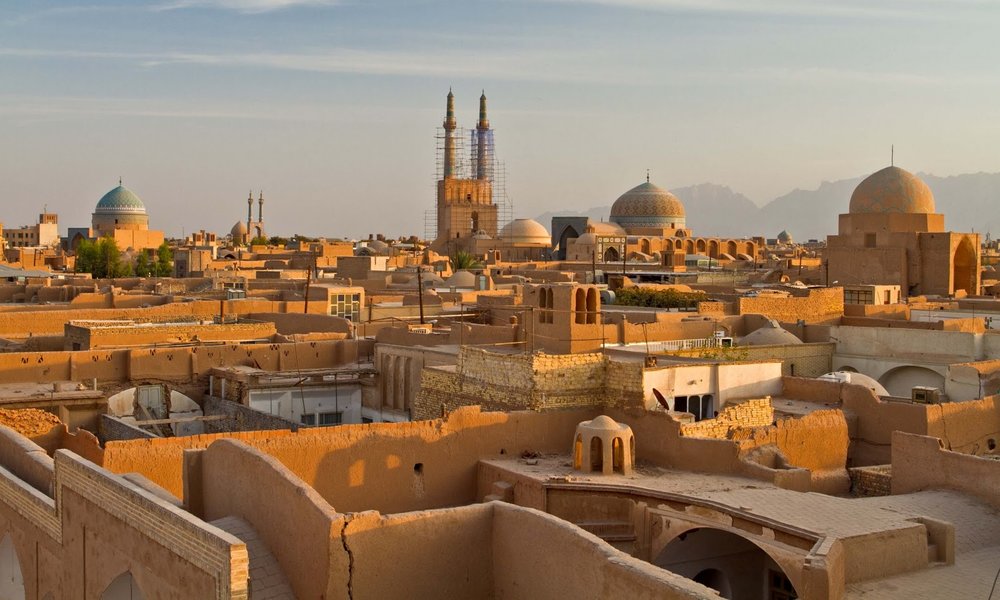 Today in the morning after breakfast, you will begin your tour of the fascinating city of Yazd. This city is famous for having too many Wind-catchers (Badgirs); the Wind-catchers were an ancient form of air condition in the different season. Then, you will visit Amir chakhmagh complex, Zoroastrian Fire Temple, Dolat Abad garden and Shish badgiri Ab Anbar (the cistern which has six wind catcher). Overnight Yazd 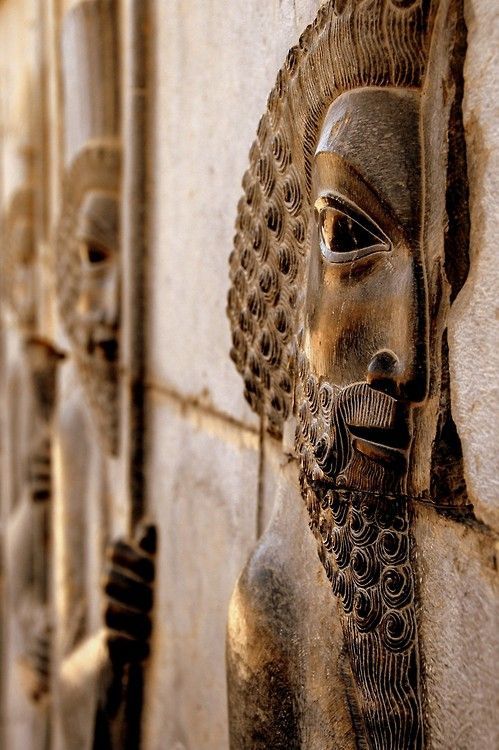 In the morning after breakfast, leave Yazd and depart to Shiraz. On the way, you will visit the most spectacular attractions in Iran. For half of the day, you will visit Pasargad and Persepolis. Pasargad World Heritage collection is a set of ancient structures in the city during the Achaemenid dynasty. There is a great viewpoint where you can look over the site and the surrounding area. This set is the fifth set registered in the World Heritage List in Iran.

Persepolis, also known as ‘Takht-e-Jamshid’ was the ceremonial capital of the Achaemenid Empire. In this ancient city, there is a palace named Takht-e-Jamshid that was built during the reign of Darius, Xerxes, and Artaxerxes I was built for about 200 years. This location has been recorded one of Iran's UNESCO World Heritage Site since 1979. Then keep going toward Shiraz, overnight Shiraz. 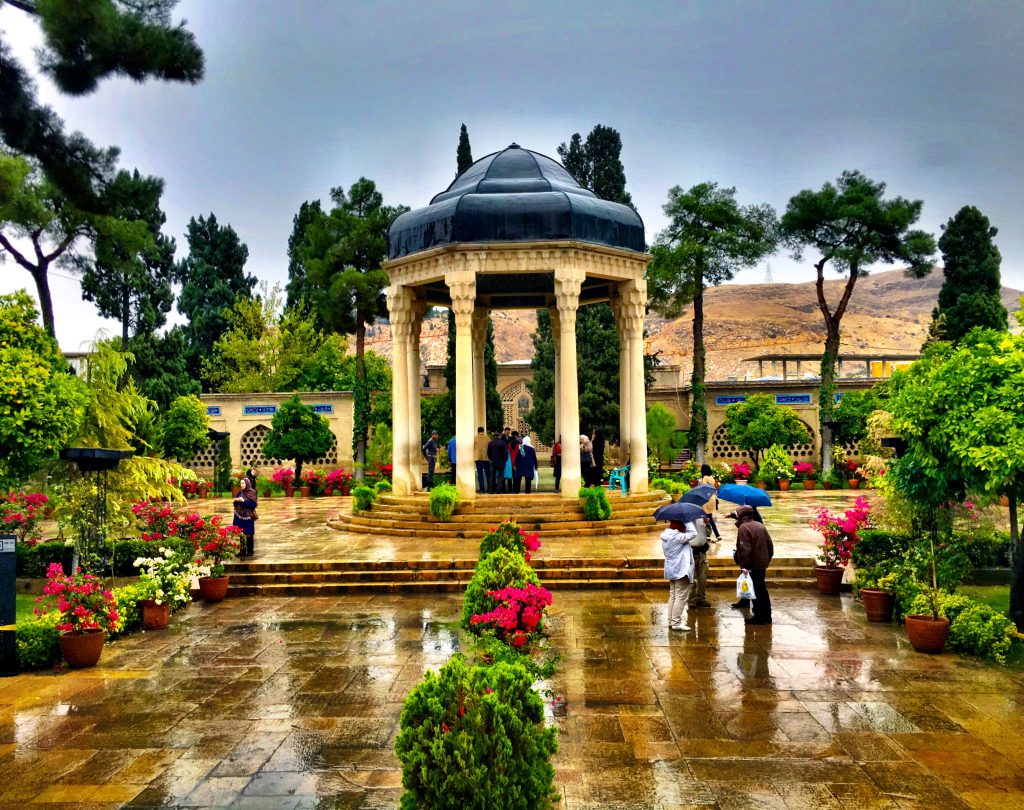 This is your Full-day city tour in Shiraz that is one of the oldest cities of ancient Persia and center of the arts. At first, you will visit Eram garden. Then, you will have lunch at the restaurant and after that see Qavam house that is a traditional and historical house in Shiraz. In the evening, you will visit the Tomb of Hafez and Tomb of Saadi. Tomb of Hafez is famous due to containing in his collection. Hafez was Iranian's great poet of the eighth century (the fourteenth century AD) and one of the world's famous poets. You will visit the Tomb of Saadi. He is a well-known Iranian poet and writer. His reputation is catchy and strong for prose and poetry more melodious. The literary position is so strong that he became a professor of speech, the king spoke, even absolutely called him a master. Overnight in Shiraz 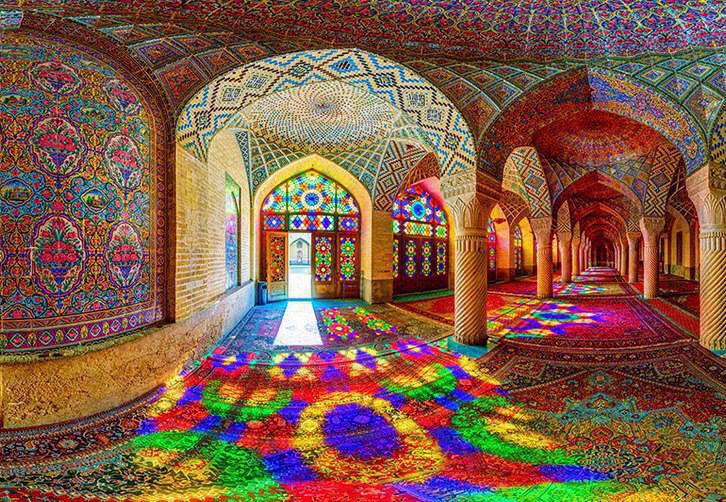 Today, you will check out and have half day tour. You will visit Karim Khani Citadel which is located in the center of the city. The Citadel was built during the reign of Zand dynasty, and after Karim Khan Zand introduce Shiraz as its capital and chose this place as his living, to be known as Karim Khani Citadel. Citadel was used as a prison during the reign of the Pahlavi dynasty and was damaged. Then, you have explored in Vakil Bazaar that is one of the most traditional and historical markets. After that, you will prepare for the flight and will be transferred to the airport.