Nomadic is the most Ancient way of human life that persists to the present time. It is of the greatest attractions of the livelihood. This lifestyle led nomadic tribes to take title “the most spectacular attractions of the Age of Technology”. Nomads attempt to maintain the traditions and customs of their past with charming manner and incredible over the centuries and years-long. Nomadic organization and lifestyle have a long history in Iran. Although in the past nomad and tribes formed most of Iran’s population, there is no exact information about the nomad formation process. Nomadic society has a different lifestyle rural and urban patterns which consist of moving individuals and families from winter territory to summer one and vice versa. This authenticity has become a magnet for the tourism industry. Tribal houses and their lives, language and music, local foods, crafts, dance, and costumes, as well as rituals, holding wedding parties and local is the most important attractions of nomadic tribes.

Nomads are one of the major tourist attractions, cultural. In all parts of the country that in the areas of West and South West, East and South East, North West, North East, and Central Iran scattered nomadic tribes. The origin and traditional dwelling is tent which is created by goat wool. Also, their basic activity and profession are husbandry. The variation of tribes is pretty enormous but two more famous and ancient tribes are known as ʻʻBakhtiyari” and ʻʻQashqaeiʼʼ.

Bakhtiyari nomad: one of the greatest moving nomad tribe is Bakhtiyari that their territory is between Isfahan and Khuzestan which are located in the north of Kohkiloye and Boyerahmad. In spring and autumn, this nomad has its widespread emigration in which the tribe moves from summer territory to the winter domain in early of spring. Then, it returns in autumn. Music is Bakhtiyari ID as well as a dance which are the symbol of unity and justice according to its custom. 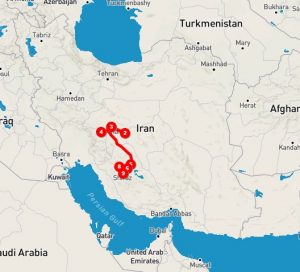 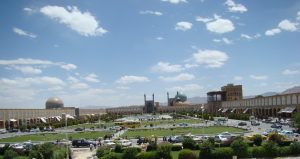 Your arrival is to Isfahan. Then, you will transfer to the hotel. Today, you are free. You can explore Isfahan. Overnight Isfahan 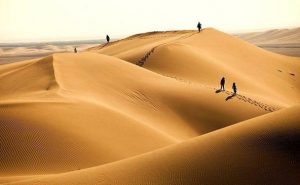 Today, you’ll drive out of the city to Varzaneh desert. Varzaneh is a city of Isfahan in central Iran and is located near the ʻʻBatlaghe-e-Gavkhuni’’ and is one of the historical cities of Isfahan province in terms of the history of ancient and has a very rich treasure.

Along the way, you will visit the Ghale-e Ghurtan. That is the first historic castle alive and second historic and vast castle of Iran after Bam Which covers an area of 45 hectares which is located in the 12 km West of Varzaneh and in the city of Isfahan. Then, you will visit ‘ʻGav Chah’’ revive the tradition of old irrigation. The rest of the day is spent in the desert sand where you can go camel riding and safari. Observing the stars at evening is a fabulous part of the tour that you can enjoy of them. You will come back to Isfahan. Overnight Isfahan 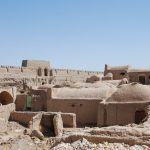 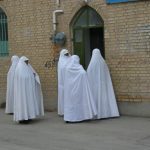 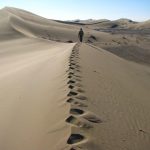 You can see in Varzaneh : 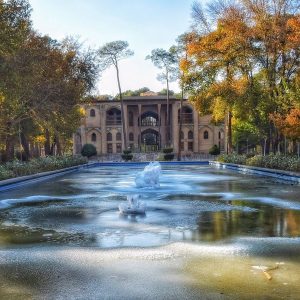 This is our Full-day city tour in Isfahan to know more about Iranian life style, after breakfast, the day is spent exploring the unique square in the world Naghsh-e Jahan square or design of the world square, the most brilliant jewel on the ring of architecture and urban design of the Safavid epoch. There is a visit to Ali Qapu palace the beating heart of administration and the highest building in the cardinal point of the capital, Sheikh Lotfollah mosque the pinnacle jewel of Iranian architecture masterpieces, it shows actually the zenith of Shi'a movement, accelerated during the reign of Safavid dynasty, Abbasi jam-e mosque on the southern side of the square is a vast origin of the Islamic architecture clad by a turquoise glaze and Qeisarieh portal the main portal of the royal bazaar. You can purchase valuable supplies at the bazaar. The bazaar covers a considerably large area. After lunch at the Iranian and traditional restaurant, you will visit the most brilliant chandelier at the hall of the Safavid architecture era. In the center of Isfahan, one enters a heavenly garden with five hectares area through the eastern gate. In the middle of the garden, there is Chehel Sotoon as one of the three important exciting palaces of the Safavid era. Overnight Isfahan 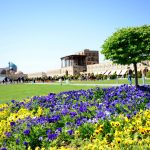 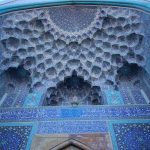 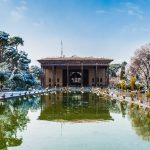 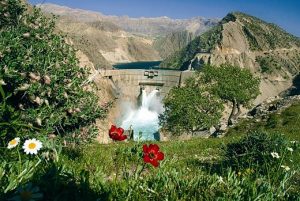 Early in the morning after breakfast, you will drive to Chahar Mahal Bakhtiari province which includes many fantastic sceneries and Bakhtiari nomads. You will drive to Koohrang visiting Bakhtiari Nomad. In the way, there is Dimeh spring in the Dimeh village, Koohrang city. Based on studies conducted in water of Dimeh spring, it has mineral salts, and it is a drinking water of the world. It has some health benefits such as preventing tooth decay due to its calcium and also it can treat the kidney stones. This is a permanent place for gathering Bakhtiari nomads and tourists. Near the spring there is "Fritillaria" plain. In Koohrang, you will visit inside a Nomadic Camp. You will experience memorable days where it will be possible to witness the Nomadic lifestyle and watch the ceremonies and customs of Nomads while having the opportunity of horseback riding, shooting, watching local dancing and enjoying local foods. In the evening, you will drive to Shahrekord which is one of the coldest and beautiful cities in Iran with a unique nature and it is a central city of Chaharmahal and Bakhtiari. Overnight Shahrekord 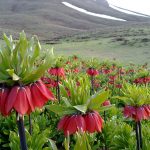 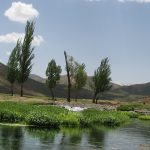 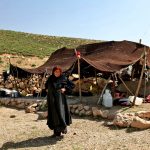 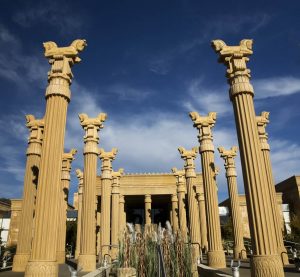 After having breakfast, Shiraz is our next destination. In the way, you will visit “Pasargad” and “Persepolis”. Pasargad World Heritage collection is a set of ancient structures in the city during the Achaemenid dynasty. There is a great viewpoint where you can look over the site and the surrounding area. This set is the fifth set registered in the World Heritage List in Iran.

Persepolis, also known as ‘Takht-e-Jamshid’ was the ceremonial capital of the Achaemenid Empire.In this ancient city, there is a palace named Takht-e-Jamshid that was built during the reign of Darius, Xerxes, and Artaxerxes I was built for about 200 years. This location has been recorded one of Iran's UNESCO World Heritage Site since 1979. Then keep going toward Shiraz, overnight Shiraz. 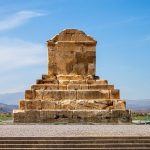 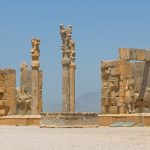 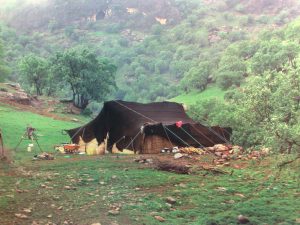 The sixth day of the tour will be started while “Sepidan” is waiting for us. Sepidan city with including twelve peaks is counted as a mountainous area which is located 2300 meters above sea level. Having mild weather in summer and snow covered in winter is one of the amazing natural tourism attractions. Along the day, you will spend sometimes with nomads. Then, you can enjoy local and nomadic foods as well as local customs and traditional clothes. In the final step, you will go back to Shiraz, stay at the hotel and rest. Overnight Shiraz 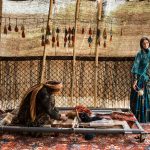 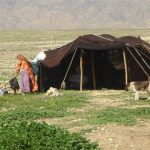 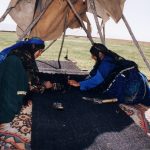 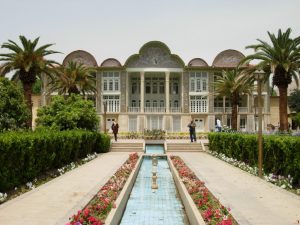 This is your last day and Full-day city tour in Shiraz which is one of the oldest cities of ancient Persia and center of the arts. At first, you will visit Eram garden. Then, you will have lunch at the restaurant. After that, you will see the Qavam house that is a traditional and historical house in Shiraz. In the evening, you will visit the Tomb of Hafez and Tomb of Saadi. Tomb of Hafez is famous due to containing in his collection. Hafez was Iranian's great poet of the eighth century (the fourteenth century AD) and one of the world's famous poets. You will visit the Tomb of Saadi. He is a well-known Iranian poet and writer. His reputation is catchy and strong for prose and poetry more melodious. The literary position is so strong that he became a professor of speech, the king spoke, even absolutely called him a master. Overnight in Shiraz 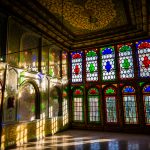 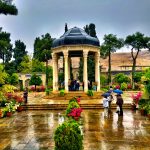 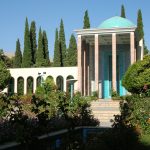 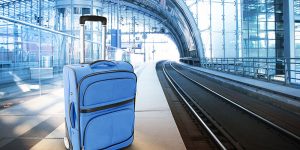 The eighth-day is the last day of this fantastic journey. After having breakfast and checking out, you will be transferred to the airport.